Shop About Contact Safety Bulletin Manuals
COVID-19 Update The Covid-19 situation is still developing and we are continually processing new information. At this point Prowinch has decided to continue operating at our normal hours. We are taking added precautions in sanitizing our warehouse and office spaces. We care about the health and safety of our customers and employees, and we will continue to monitor all state, federal and WHO guidelines, and will post any additional updates here.
⛯ COVID-19 Update 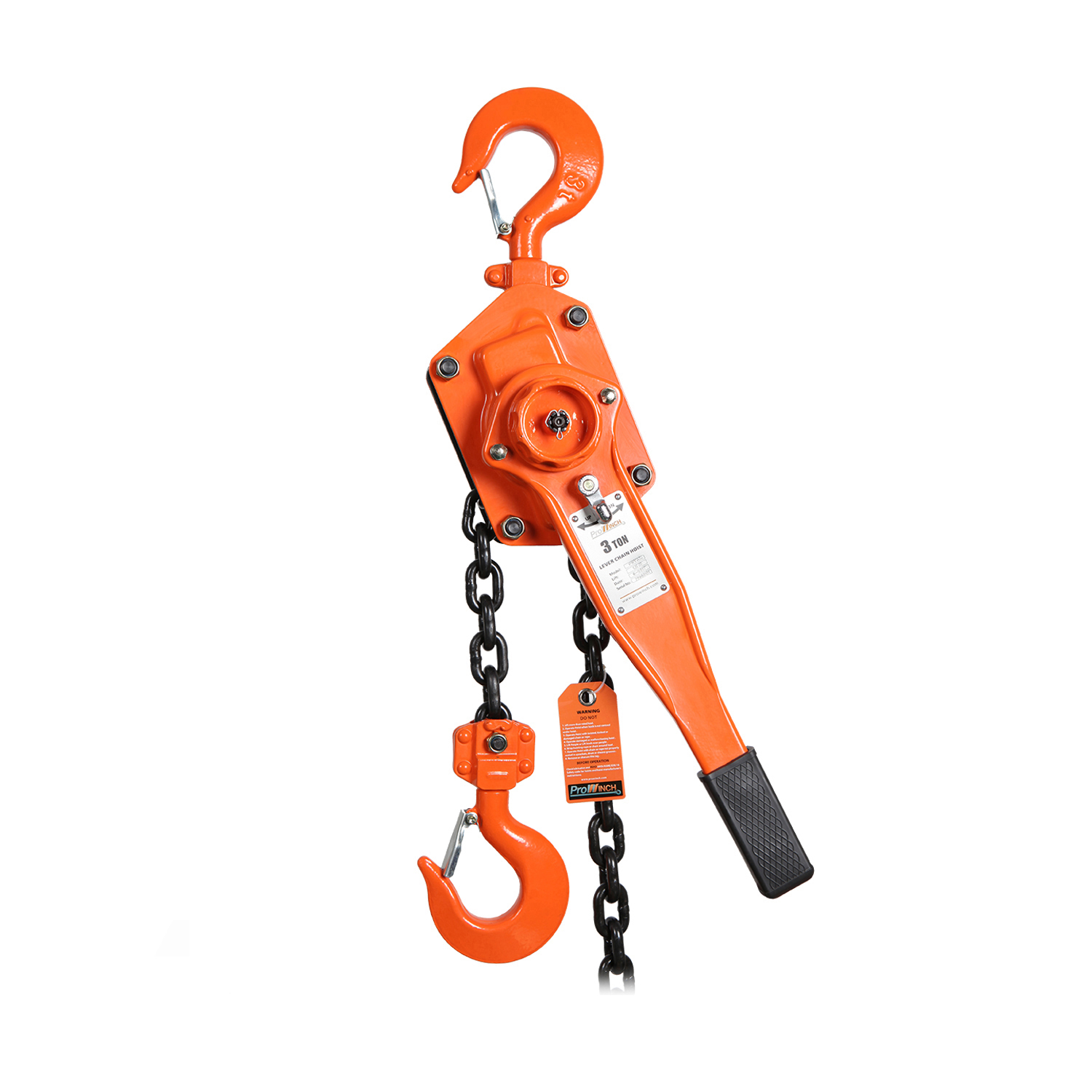 What is a lever hoist?

Lever hoists are portable devices used to manually lift, lower or pull a load. A lever hoist can also be useful for tensioning. Lever hoists have the advantage of being able to lift in most positions, including horizontally, whereas chain blocks and chain hoists can only be used vertically.

How does a lever hoist work?

Lever Hoists have a handle (or lever), attached to a block which houses an internal gear mechanism and ratchet, along with a length of load chain which travels over the internal gear. The lever hoist works by cranking the lever up and down to power the ratchet and pawl system, which move the load a set distance per crank. The direction of the internal gear can be easily switched, to move the load up or down as needed. There is a hook on the end of the load chain for easy attachment to a load, and a hook attached to the housing of the lever block for attachment to a secure support (e.g. steel beam).

The lever chain hoist comes in standard lengths of 1.5 or 3 meters. Other lengths are sometimes available or can be custom made upon request.

Every certified lifting lever hoist will be made to a specific working load limit (WLL), e.g. 2 ton. The total weight of the load to be lifted (including the weight of any rigging equipment attached) must not exceed this working load limit. The WLL of a lever hoist will be clearly displayed on the side of the hoist, along with the manufacturer and serial number. These blocks are usually available from 250kg WLL to 10-ton WLL.

Lever hoists are also referred to as “come alongs” or “lever blocks“. They are most commonly used across industries such as: power line work, pipe laying, confined space, forestry, automotive garages and heavy machinery work.
For safety, lever hoists must be periodically inspected and load tested by a competent Inspection Officer. Prowinch recommends inspecting lever hoists every 12 months.